Increasing the speed of light: four ways your Glowforge is getting faster (and a loud noise) (10/22/19)

This morning, we’re rolling out four updates that will make your Glowforge run faster than ever: faster top speed, faster bitmap preparation, Minimize Margin, and Clean Corners. Please note: beta testers reported the burst of speed startled them, so be ready!

Faster top speed The top speed of the Glowforge Basic is now 1.4x, the Plus is 2.8x, and the Pro is a whopping 4.2x as fast as before. This beta feature is available in manual settings for all engravings.

While your Glowforge won’t always run at top speed, this new option can make prints go much faster than before. You’ll see the biggest improvements in large engravings, and pairing with Margin Optimization (below). Note, though, that not all machines may work well at all speeds - since this is a beta release, we’ll be counting on your feedback to see how it goes.

We’re also rolling out faster movement when autofocusing - this will start with a small number of customers and increase over time. Beta testers reported that the fast autofocus speed sometimes catches people by surprise, so be ready!

Faster bitmap preparation We’ve improved the way we handle bitmap engravings, which is often the slowest part of the “Preparing…” step after you hit print. That means you won’t have to wait nearly as long for that glowing button to glow already! This also means high-resolution, full-bed engravings that might have timed out before can now be printed successfully.

Minimize Margin We’ve adding a new manual mode option: Minimize margin. Moving the slider to the left can speed up your engravings while reducing the unusable margin on the left and right, with some decrease in engrave quality. Note that this beta feature is only available when you’re engraving a bitmap image, like a JPG or PNG, and not when you’re engraving a vector image.

The margins are the grey no-go zones on the left and right the head uses to travel up to speed. When you adjust this setting, your Glowforge will start engraving while the head is still getting up to speed in the margin. The software will automatically compensate by lowering the power. 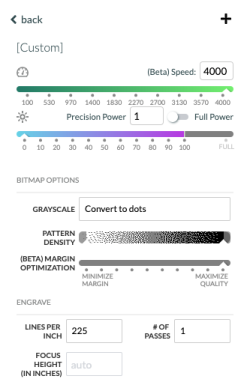 Clean corners Last but not least, we’ve made a tremendous improvement to how your Glowforge handles corners. This will automatically improve all your prints, but also lets you use the “score” setting at much higher speeds while still looking great!

Normally, when your Glowforge slows down to cut or score a corner, it leaves a dark spot. With this feature, your Glowforge software automatically compensates as it slows to reduce the dark spots in the corners.

This will improve cuts and scores on any material, you can see an example with the two stars scored on copy paper below (right hand side is the before clean corner was released, and left is after) 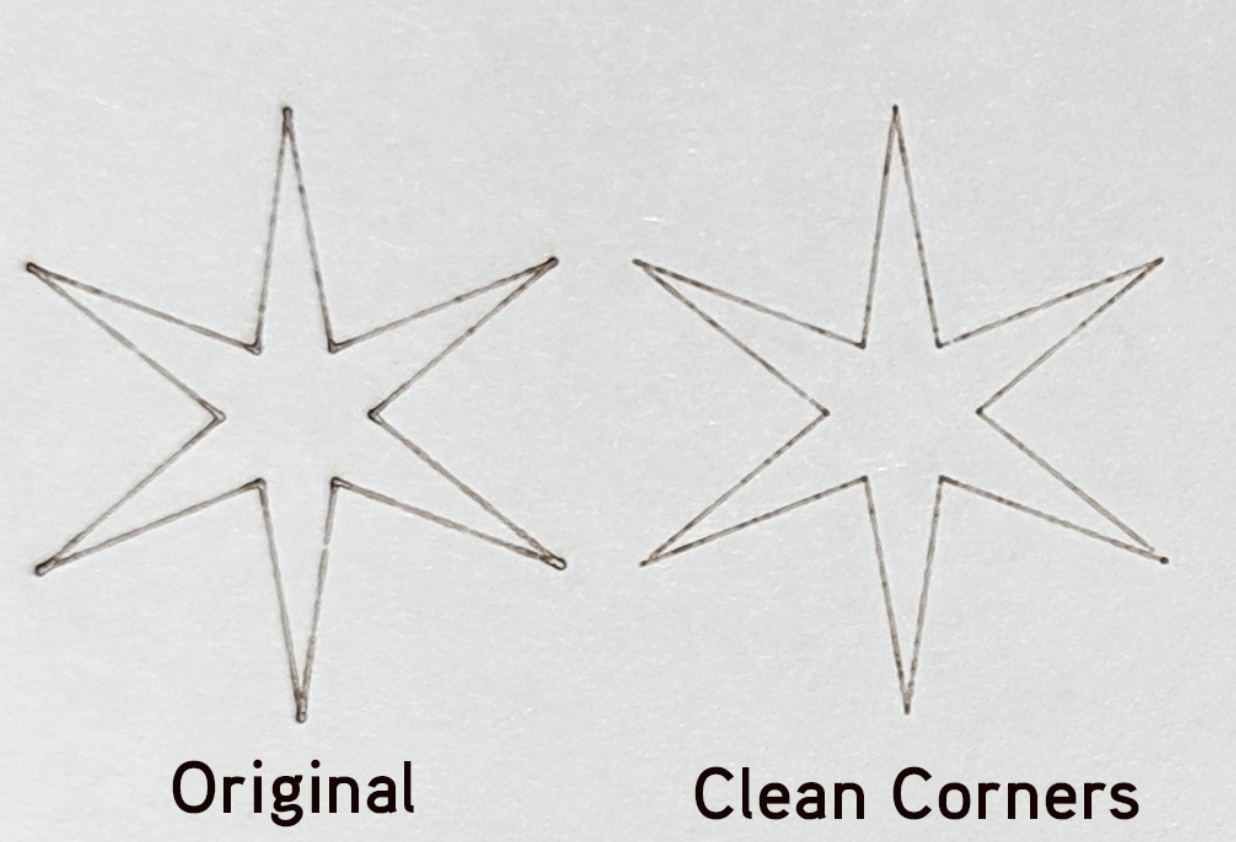 We think these updates are pretty amazing, but see for yourself and tell us what you think!