Buy Glowforge ⟶
Buy Glowforge ⟶
Took a month here and there but, yet another Settlers of Catan board :)
Posted by
Lotema
Shoiken Grove, Palanthas
Joined Apr 27, '16

Our family has been avid gamers for a very long time and Settlers of Catan has been a staple of our family game nights since longer than I can remember! After having started the trek down the path to the Glowforge, I saw that they were offering the Catan board as a free download with some amazing graphics. I knew that had to be one of my first prints. Well, it’s been a month but I’m finally at the end of getting the game board completed and ready to play!

I took some time here and there trying to figure out how Forgey worked, got side tracked by some other bright and shiny objects, fought some self-induced issues printing the board (yeah, I am really SOOO terribly good at those). Finally though, it’s done and sooo many things learned along the way. I purchased the water tiles from Etsy but after printing the first 2 realized that they weren’t scaled to the size of the pieces I had pulled out of the GF PDF file. I had to order more wood as I didn’t have any other light colored hard wood available that would be large enough for those border pieces.

In the end, I stuck pretty much to the PDF script and used Padauk, Maple, Yellowheart, Walnut, Mahogany (desert tile) and Winge. I took a week or two before printing out the winge though. After reading about the horrible effects of that wood, i had pictures of the neighbors kids twitching on the ground in their backyard. I eventually got over that and just printed it and it went just fine. (Yes, I made sure their kids weren’t in the backyard before hand! :)). My biggest issue was with the Yellowheart. I setup the first set wrong and had to re-print but ran out of material. Went to a local store and got some but realized after I had cut that it was warped :(. I managed to straighten it out and it’s fine now. The border pieces were done with birch wood. I was going to do them in maple but decided that birch was a better option as it takes stain much easier than the hard maple.

Overall, I’m very happy with how it turned out. If I had to do it again, I probably would do it in 1/4" instead of 1/8", just for durability. I would also do an engrave of the center pip hole instead of a cut so that the center pip would be proud of the hole and easier to remove.

Here are a couple of pics of the completed board. Not the best lighting but good enough! 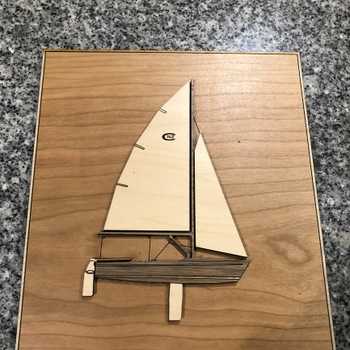 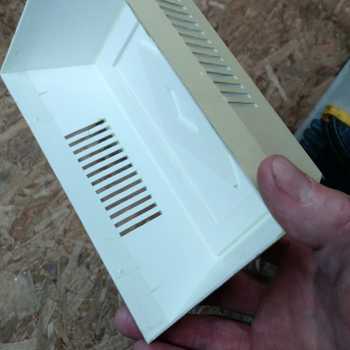 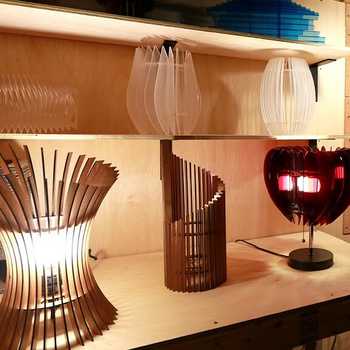 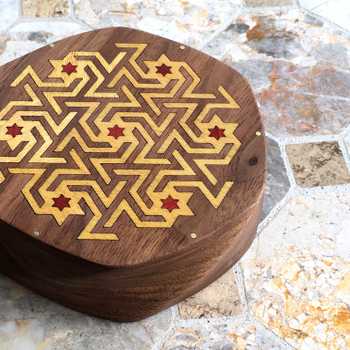 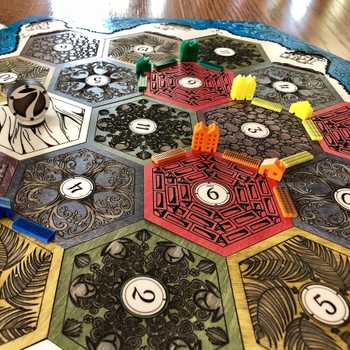 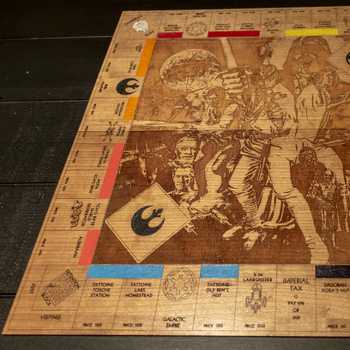